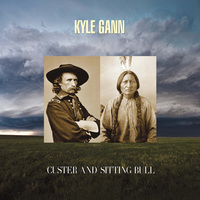 Kyle Gann’s Custer And Sitting Bull (1995-99) illustrates a historic meeting, the composer narrates both parts in their own words. Synthesizers tuned to the system of just intonation unfold with stunning new textures and harmony as the story progresses. Scales with 20-30 pitches are full of unheard territory. In this case, Gann reminds one of a modern day Harry Partch with his microtonal opera and synths.

Poet Kenneth Patchen’s And What with the Blunders is the source of the text of So Many Little Dyings (1994). Read over loops of birds and ocean, a microtonal toy piano and sampler guitar…we find out the value of so many little dyings…repetition is a form of change.

Both of these pieces were released in earlier versions, the concluding composition on this album was not. Soprano Martha Herr premiered Scenario in 2012, singing SJ Perelman’s collage of movie world clichés. A Technicolor collage of words and shifting microtonal music stream forth… 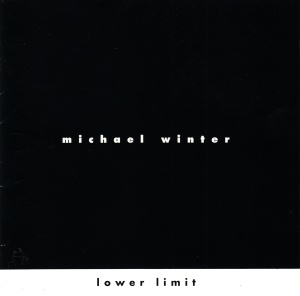 Michael Winter is a composer, but also co-curator and co-director of the wulf., the non-profit arts organization that presents experimental music in Los Angeles. Presented on this CD are five compositions of contemporary minimalism and music with pure tones (just intonation tuning). necklaces for guitar and tones opens with a throbbing, droning microtonal chord that eventually includes a guitar pulse. The pulse remains the same, the chord slowly changes. mass and band, for virginal and harpsichord pluck along with much microtonal splendor for almost 12 minutes. Chorale and finely tuned resonators, for eight sustaining instruments evolves as a slow drone. Plucked guitars return on lower limit, pitches tuned to intervals from the harmonic series. Necklaces (solo version) returns at the end of the disc with a single guitar playing the only the repeating pulse, harmonics ringing out from the string are the stars.

The dense liner notes in the accompanying booklet by the composer explain his personal compositional approach. A breath of fresh air for ears in these troubled times. 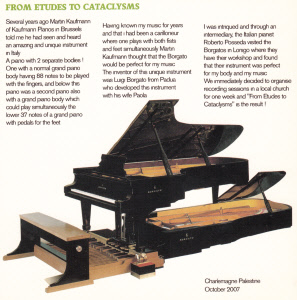 When I finally heard Charlemagne Palestine (aka Charles Martin) about thirteen years ago after ages of his music being an obscure rumor, I could hear similarities to other minimalist composers. There was his singing influenced by Indian classical music, electronic music with sine tones and just about best of all, his solo piano music like From Etude to Cataclysms for the Doppio Borgato. Palestine obsessively repeats notes on the piano, bringing out the overtones and generating a humming droning wall of music. There have been numerous recordings of his piano music released over the years, what makes this piece different is a double grand with 2 separate piano harps. One keyboard is played by the hands and the other like a church carillon (bells) or an organ with the feet – all the more notes to be played at once. 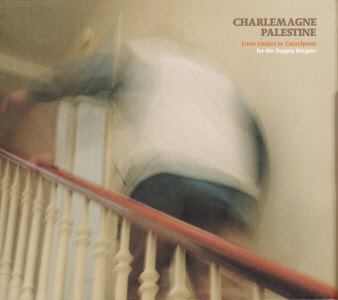 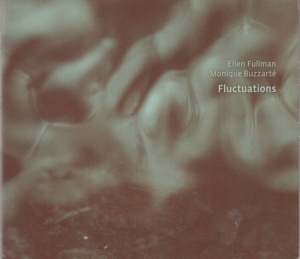 Ellen Fullman returns with another amazing recording of her Long String Instrument. Many strings are stretched across a large space and anchored in resonator boxes to amplify the sound. Her mid-’80’s invention is tuned in just intonation and played by walking along the length of the very long strings and “bowing” the instrument with rosined hands. Joining her in this event is trombonist and new music specialist Monique Buzzarté, creating atmospheric drones, lazily drifting into the great cosmic beyond. The music unfolds slowly with six compositions and/or improvisations titled Fluctuations. Both musicians are also frequent Deep Listening collaborators, who also use resonant microtonal tuning systems to explore new textures in sound.

Other recordings by Ellen Fullman: Suspended Music with the Deep Listening Band, Change of Direction, and the astonishing classic Body Music. Recent recordings by Monique Buzzarté include Noah Creshevsky’s To Know and Not to Know, Holding Patterns by Zanana, Dreaming Wide Awake with the New Circle Five and John Cage’s Five3 with the Arditti Quartet. 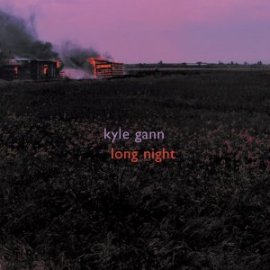 Featuring Sarah Cahill on three unsynchronized pianos, Long Night was written in 1980 when the composer was only 24.

The piece has rippling quality, like soft light illuminating a quiet room off an antique mirror, on a cloudy afternoon just before Easter, on the way down stream to later. Ambient without being minimal, classical without the powdered wig and contemporary without being electronic.

Tom Johnson, born in Colorado in 1939, received B. A. and M. Music degrees from Yale University, and studied composition privately with Morton Feldman. After 15 years in New York, he moved to Paris, where he has lived since 1983. He is considered a minimalist, since he works with simple forms, limited scales, and generally reduced materials, but he proceeds in a more logical way than most minimalists, often using formulas, permutations, and predictable sequences.

Daniel Kientzy (Perigueux, France, 1951) plays the entire saxophone family, from the sopranino to the huge contrabass. Playing alto with a recording of six alto saxophones, (one section is on baritone) Kientzy Loops is, like most of the disk, is a chance to check out the amazing sound of the saxophone. Since the compositional approach is minimal with simple repeated cells and/or some kind of additive system, I get lost in the sound of the horns. Damm, they sound amazing. La Tortue de Mer is a short three minute melody performed on the contrabass and based on a mathematical sequence noticed by Marc Chemillier and used by the people of Vanuatu in the South Pacific in geometrical Turtle drawings. Narayana’s Cows: starting with one cow and her offspring, Johnson explains how 14 century mathematician Narayana described cows multiplying while Kientzy demonstrates on multitracked horns, each note representing a cow. Melodies get longer and longer in Infinite Melodies and remind me again how great this recording sounds. Plus I like the simplicity of minimalism.

Casco Bay is the companion CD to Distortion is Truth by ex-Band of Susans guitarist Robert Poss. It starts of with some longer pieces: Crossing Casco Bay is track of droning pulsating synthesizers
twitching away for a third of an hour. Equally lengthy is Drift was recorded live at Experimental Intermedia, NYC. Poss (bowed electric bass, oscillators) is joined by Kato Hideki (double bass) and Susan Stenger (baritone guitar) for amazing drifting drones that pan around the stereo spectrum. A short piece, Daybreak in Hanga Roa sounds like a location recording – crickets or frogs, water. the chill zone, but not for long. The wacky Theme for an Imaginary Car Commercial twitches along with the theme on analog synths and a drum machine for a few minutes. And lastly, Throne of Blood (Reprise) lays down a groove with tabla and a sinister bass line that are foundation to guitar and synth overdubs, a repeating melody that rotates off into the sunset. The trip across Casco Bay has been very interesting. It’s good to hear what Robert Poss has been up to lately.

Quality articles about the golden age of music

we promote, research, perform and educate

a kaleidoscopic view of music

The Night After Night Files

Make Your Own Taste

floppy boot stomp
one note at a time
David Rothenberg

A source for news on music that is challenging, interesting, different, progressive, introspective, or just plain weird

Today Is The Question: Ted Panken on Music, Politics and the Arts

My thoughts and writings on jazz and the world around it.

Kyle Gann on music after the fact

harmonicsdb
Create a free website or blog at WordPress.com.